Aicey Zaro's latest body of work explores his connection to Country and place through his mother and her Country. Zaro's mother is a Juru Traditional Owner of the Birrigubba Clan, the people of the Burdekin area, where he is now based.

Aicey Zaro was born in Ayr, North Queensland Australia; his mother is an Aboriginal descendant of the Birrigubba Clan of the Traditional people of the Burdekin area, North Queensland. His father is from Murray Island (Mer) in the Torres Straits, which is the northern-most part of Queensland situated between the tip of the Cape York Peninsula, Australia and Papua New Guinea. Aicey developed a very recognizable style while attending an art course at the Burdekin Institute of TAFE in Home Hill (1999-2004). His artworks reflect his love for the flora and fauna of the land and sea of Tropical North, Queensland Australia. His extensive understanding of Torres Strait Island history and identity is proudly embedded in his arts practice. Zaro’s work has been featured in group exhibitions including; Queensland’s 150 years at Umbrella Studio, Now and Then: 150 Years of Art Making, as well as exhibitions in Queensland Galleries, Hawaii, and Melbourne. He was a founding member of Murris in Ink and a participant in Cairns Indigenous Art Fair 2009 and 2010. His work was included in Ngapa Kai Kai, a folio of linocut prints which toured QLD and NSW. His works are in prominent private and public collections including the Queensland State Library, Perc Tucker Regional Gallery and the National Gallery of Australia. 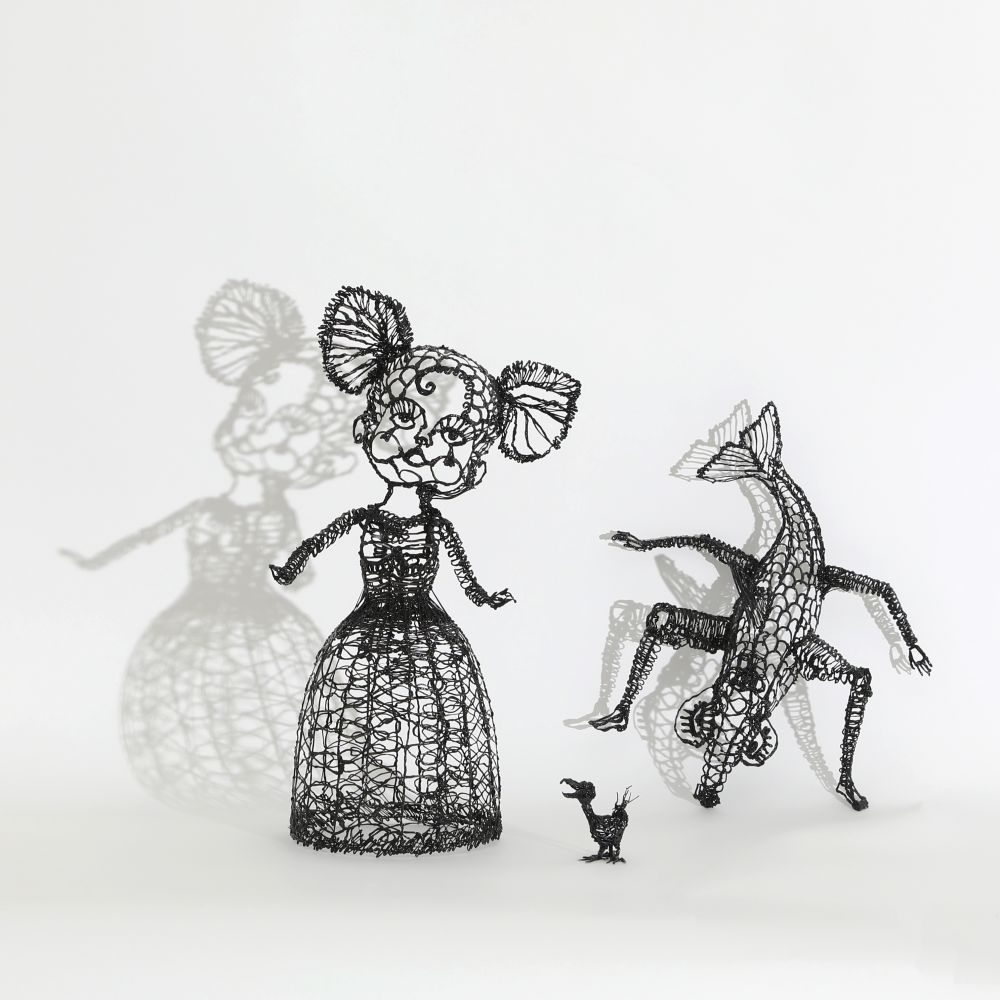 How to be a Good Doll