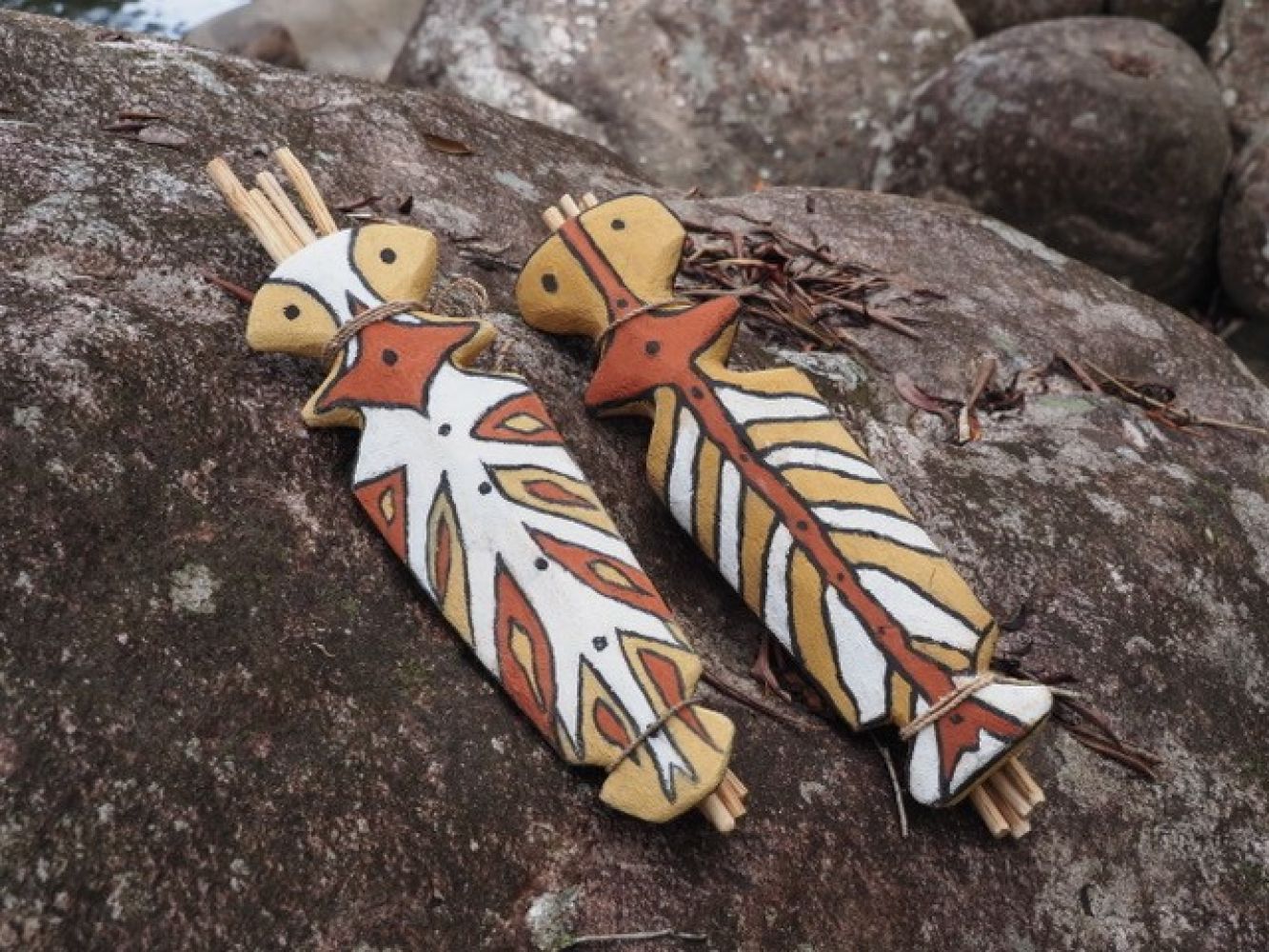 Philip Denham (Danbilmagi) is a Girramay Artist from the Murray Upper area in North Queensland. His traditional country is Gayjal on the North Murray River, and his story is the Storm story. Artworks created for ‘Gayjal Gunjuy’ reflect his connection to culture and his rainforest country, and he tells his story through traditional artefacts, and the tribal motifs and contemporary designs that they are decorated with.

Philip creates important cultural artefacts as his ancestors have done for thousands of years before him. His knowledge was passed down to him from his parents Andy and Daisy Denham and his extended family. Philip creates Bagu, (fire maker), Birrubu Birrubu (cross boomerang) and Bigin (shield). He paints the artefacts with natural ochres with his traditional Girramay designs and his own contemporary designs.

Using Lawyercane vine (Bugul), Philip creates traditional Jawun (bicornual baskets) and Mindi (small basket). He also makes Bumbil (traditional string) from the bark of the Fig Tree which he incorporates into fish traps, and traditional fishing lines with the hooked tendrils of a rainforest vine.

I feel like I am living in two worlds, the past and the present, and I am bringing the past back into my future.
– Philip Denham. 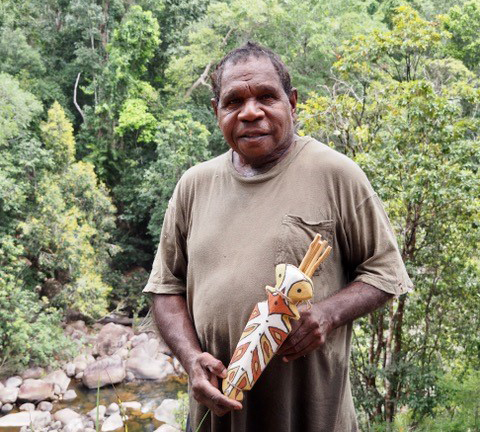 Philip on Country with one of his bagu works and accompanying jiman. Photograph courtesy Girringun Aboriginal Centre. 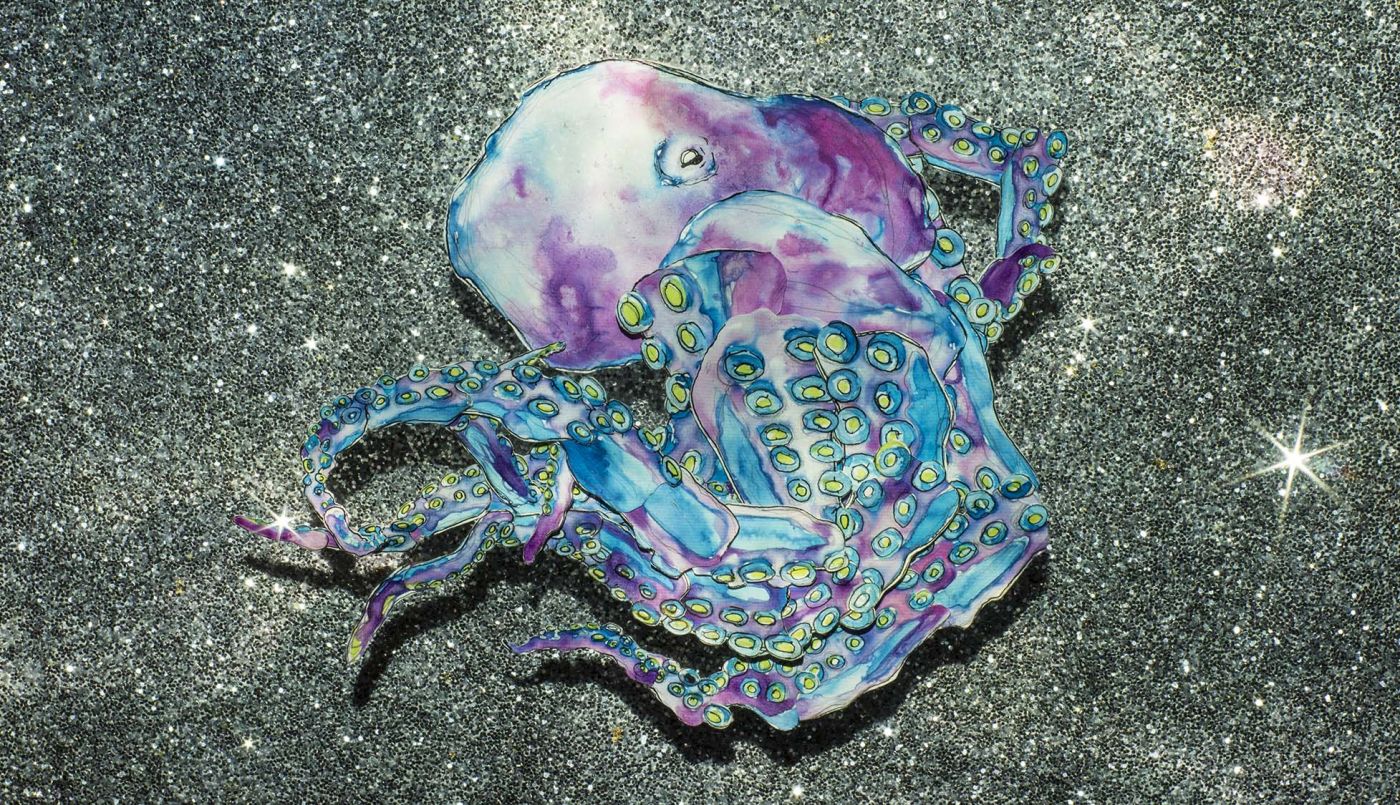 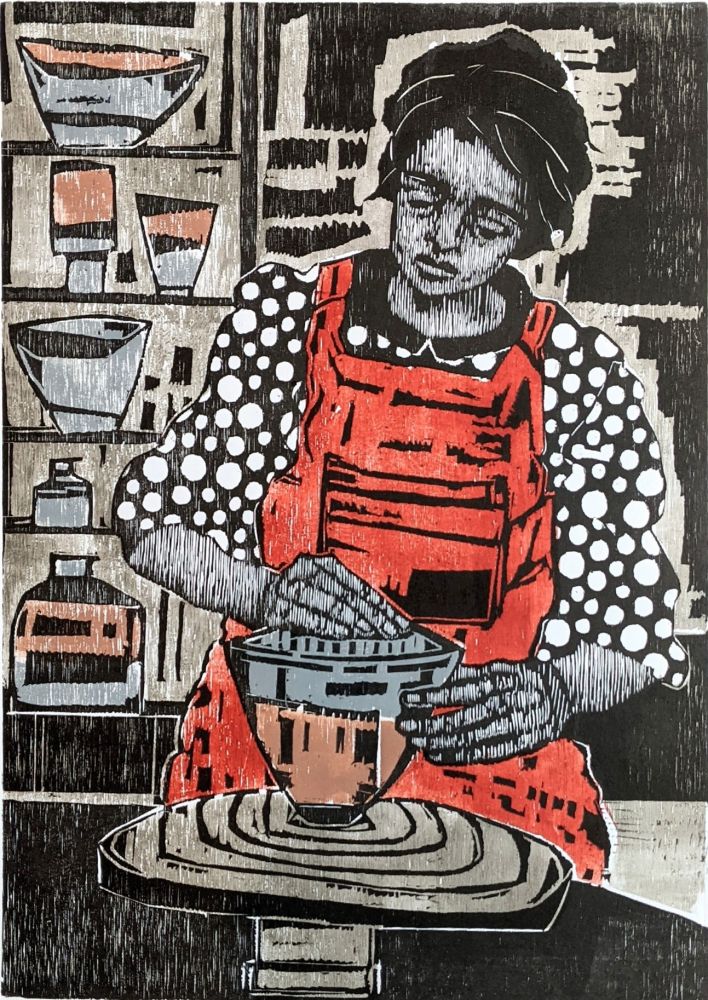 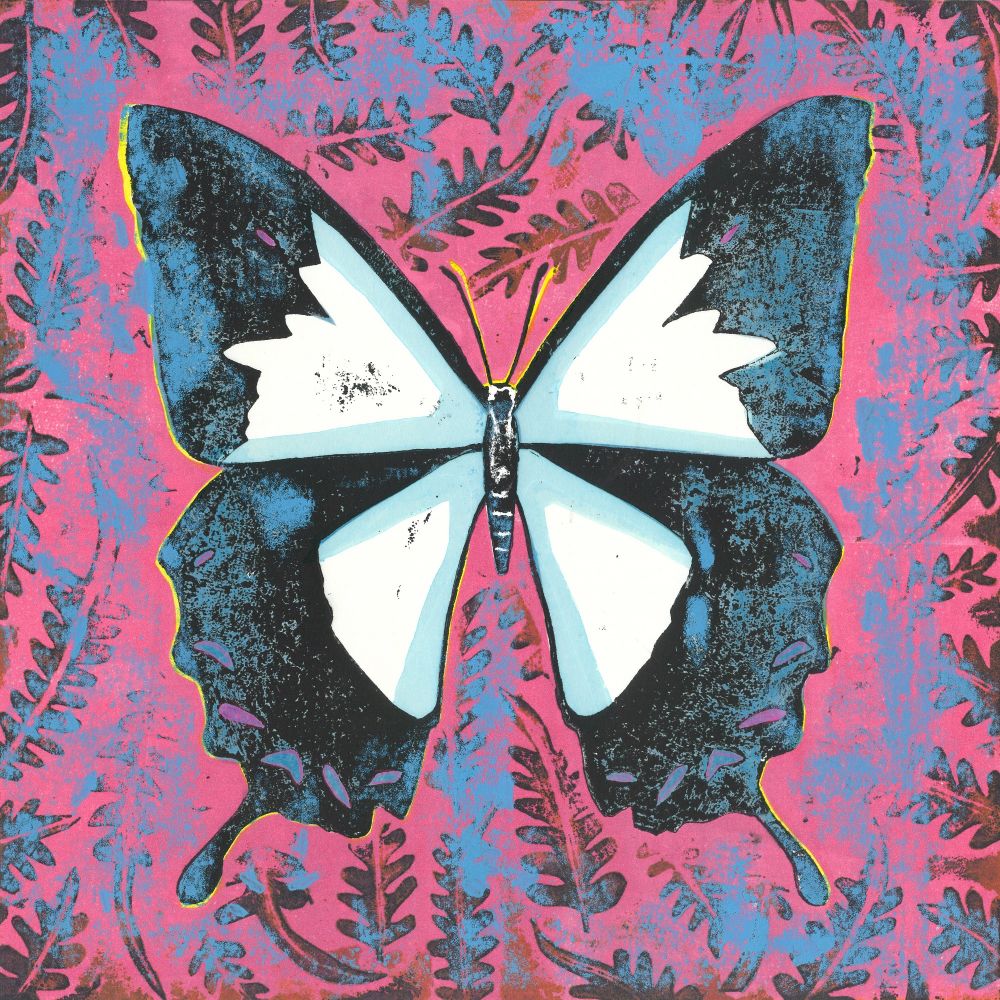 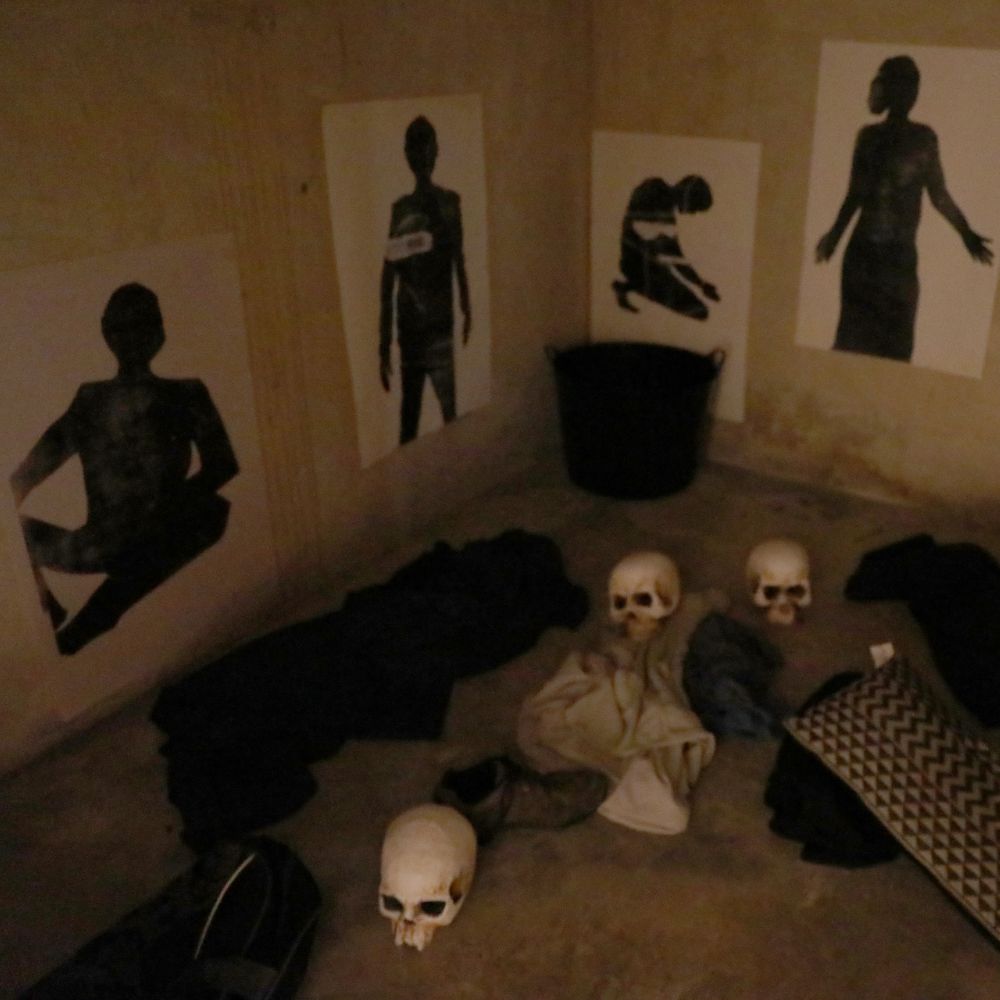