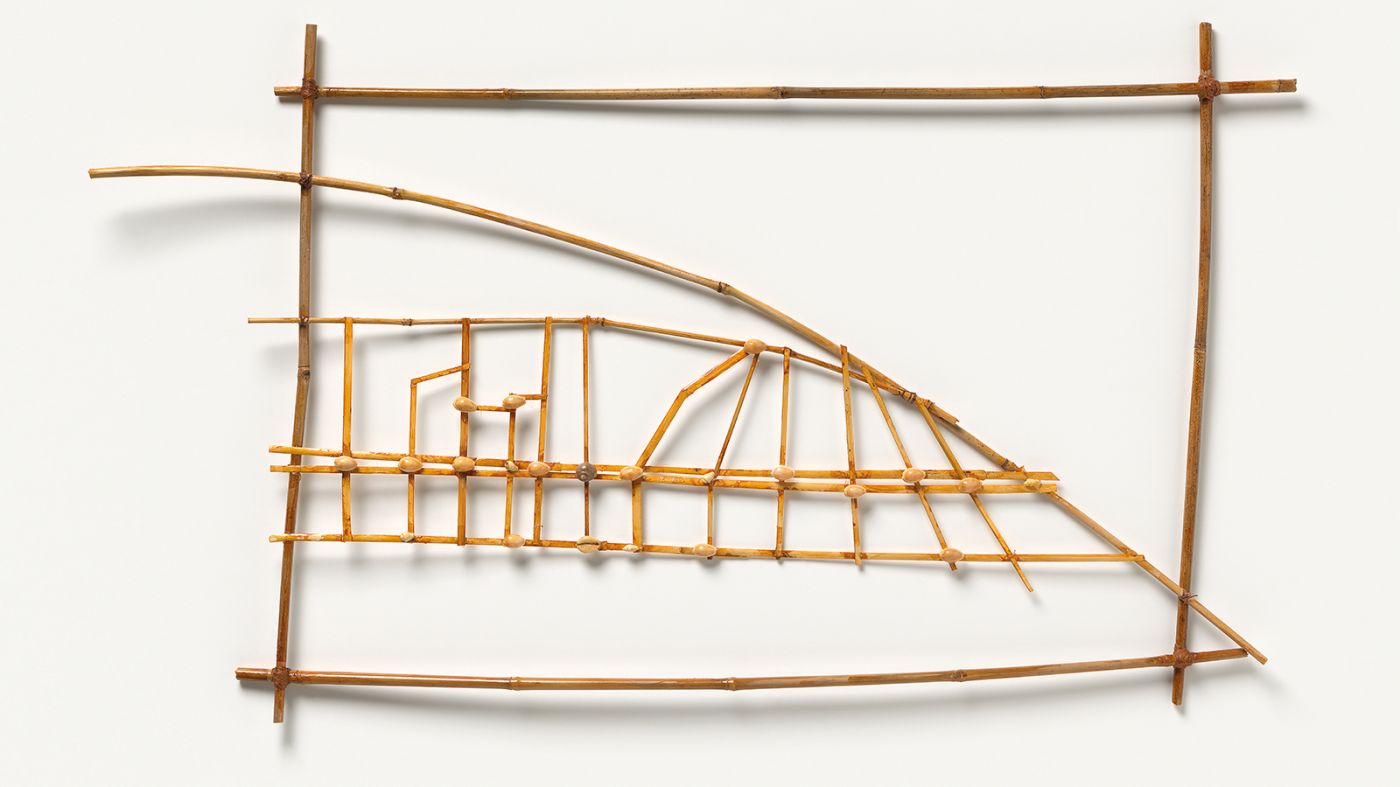 Using the ubiquitous and popular mode of commuter advertising, the billboard, this exhibition illuminates First Nations stories of the lands traversed between Warrgamay, Nywaigi & Bandjin Country (Hinchinbrook) through Wulgurukaba and Bindal Country (Townsville) to Gudjal Country (Charters Towers).  Both Ways brings together contemporary artwork and archival images to explore the larger narratives of Indigenous Australia, highlighting histories and voices that are often unheard in popular forums in North Queensland. 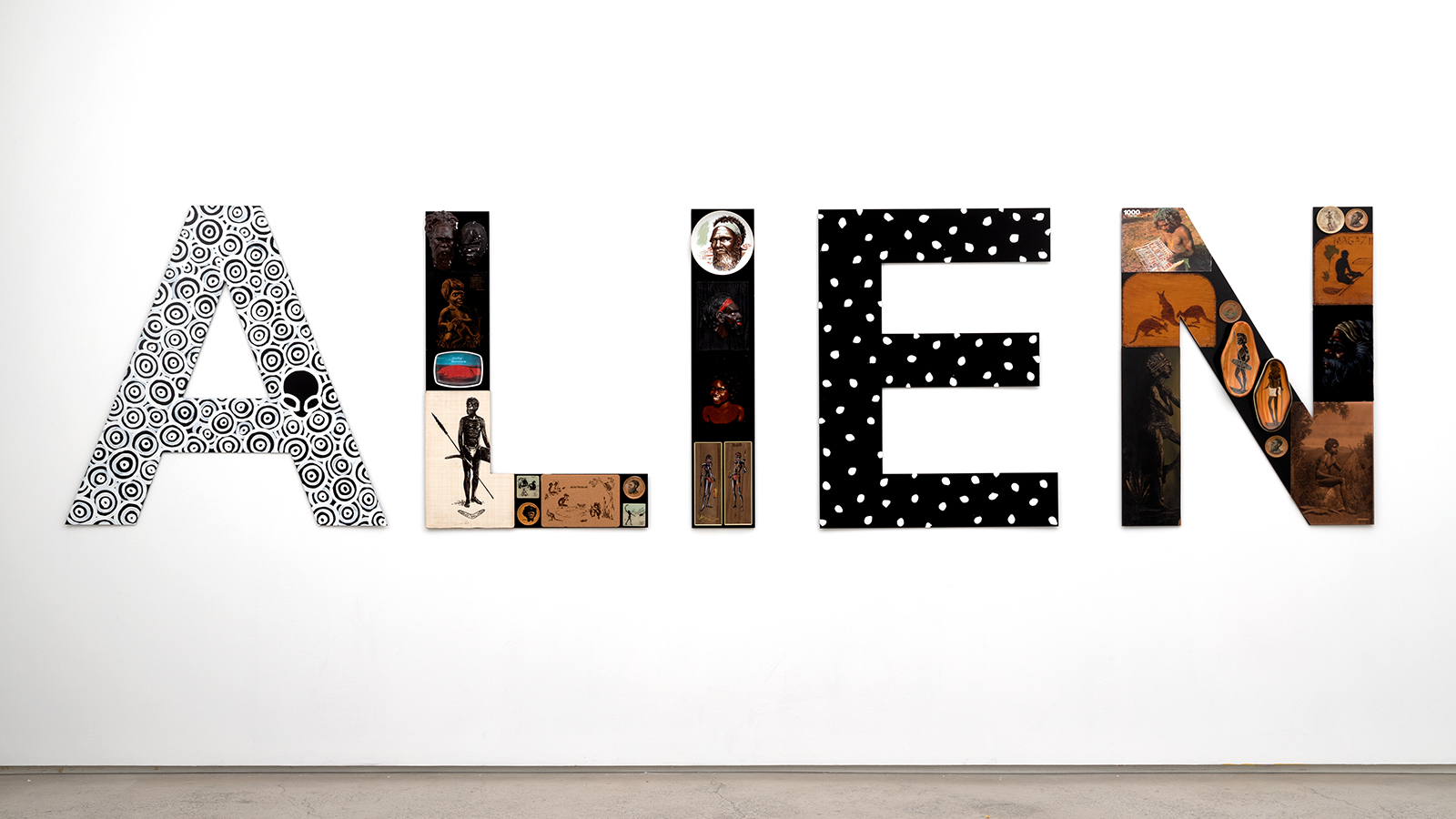 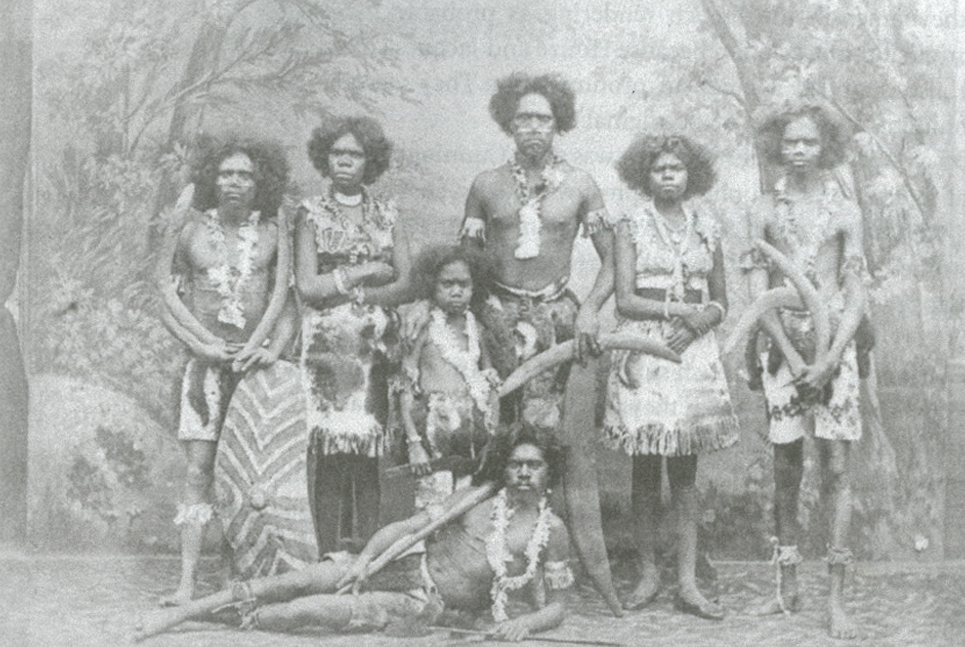 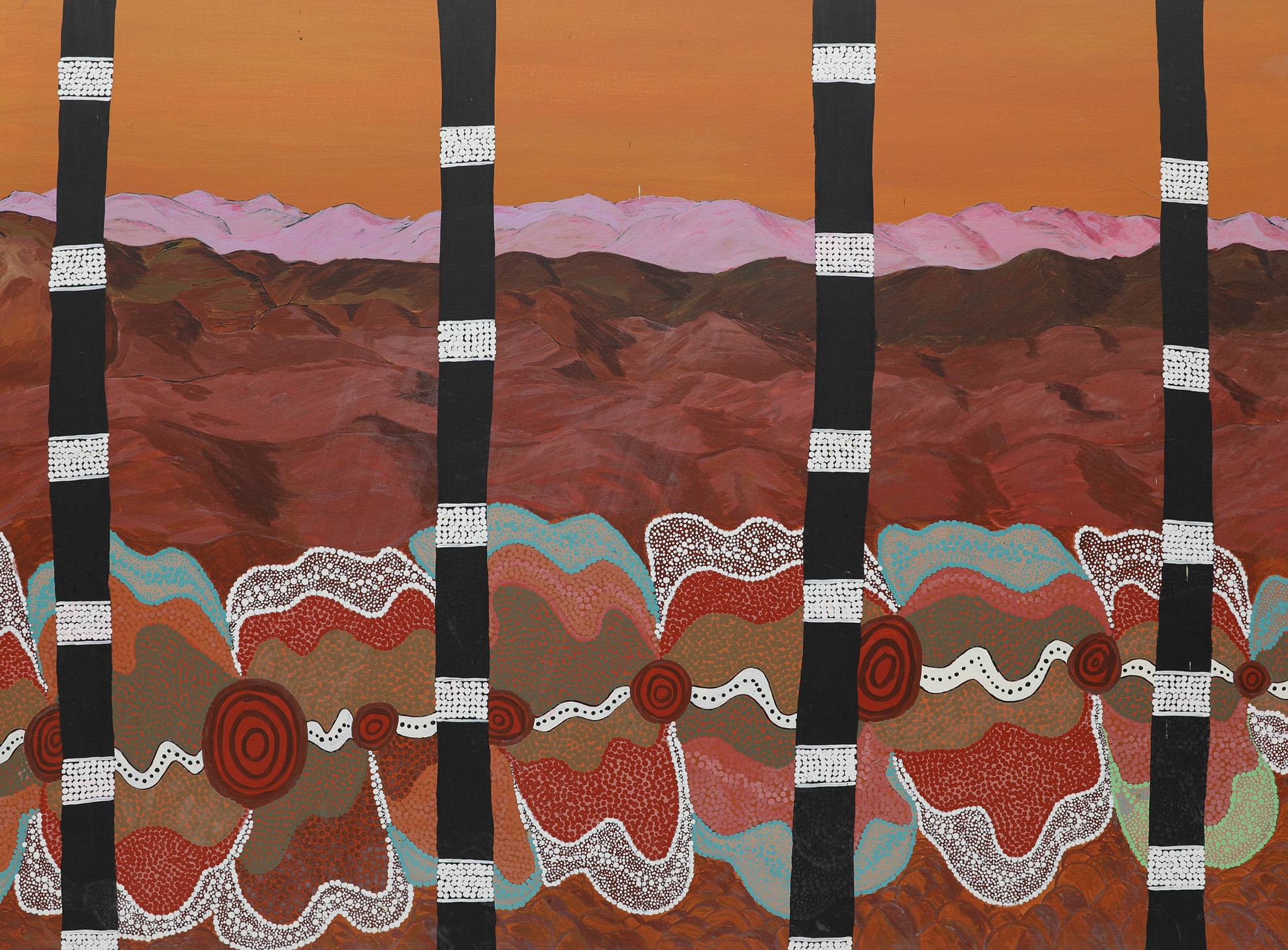 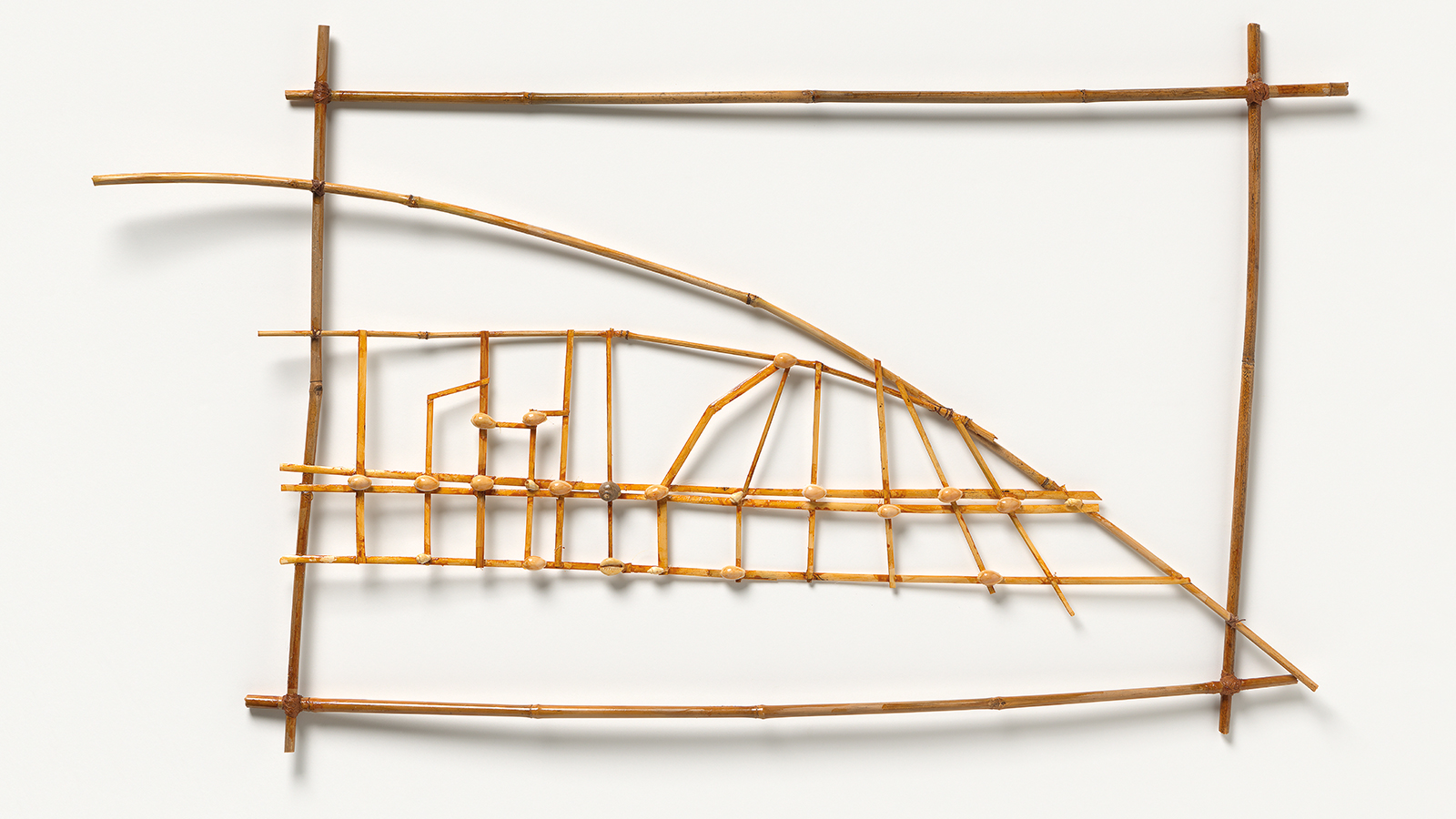 Gail Mabo is the daughter of Eddie Koiki Mabo and Bonita Mabo. She is a founding member of the Murris in Ink Aboriginal and Torres Strait Islander artist collective.  Gail's work has been featured in solo and group exhibitions in Perc Tucker Regional Gallery, Canopy Arts, Fireworks Gallery, Brisbane, Umbrella Studio and the James Cook University Library in Townsville. Her work is in private and public collections including, Townsville City Council, University of Western Sydney, the National Gallery Victoria, QAGOMA, and the State Library Queensland. Gail’s work will be included in a group exhibition at CIAF 2012 in the Umbrella Studio display. In 2013, Gail and the Murris in Ink printmaker group were commissioned by Queensland Health to create a series of mono prints for the new Townsville General Hospital expansion. In 2014 Gail received another major commission reproducing linocut prints to create two 6 x 4m murals for the James Cook University campus in Singapore. In 2014 Gail was the first Indigenous artist from North Queensland to be invited to exhibit her solo exhibition, Mabo Kara Art, at the Australian High Commission, Singapore.

Gail Mabo was honoured in 2017 by the Cairns Indigenous Art Fair as the chosen featured artist. Her work was collected at the fair by the National Gallery of Victoria. Mabo then won the Innovation Award prize for the same work which honoured her father and their country – Mer Island, in celebration of 25 years of the Mabo decision in the High Court of Australia. Eddie was also honoured this year by having a star named after him – Koiki.  In 2017 and 2018, she co-curated the exhibition Legacy: Reflections on Mabo which premiered in Townsville in 2019 and is now on a four year national tour through Visions Australia’s program.

Tony Albert’s multidisciplinary practice investigates contemporary legacies of colonialism, prompting audiences to contemplate the human condition. Drawing on both personal and collective histories, Albert explores the ways in which optimism can be utilised to overcome adversity. His work poses important questions such as how do we remember, give justice to, and rewrite complex and traumatic histories?

Albert’s technique and imagery are distinctly contemporary, displacing traditional Australian Aboriginal aesthetics with an urban conceptuality. Appropriating textual references from sources as diverse as popular music, film, fiction, and art history, Albert plays with the tension arising from the visibility, and in-turn, the invisibility of Aboriginal people across the news media, literature, and the visual world.

Albert is the first Indigenous Trustee for the Art Gallery of New South Wales and is also chair of the AGNSW Indigenous Advisory Group. Albert’s commitment to connecting and collaborating with other Indigenous artists and the wider community within his practice, has made him an integral part of Australia’s visual arts sector and the wider Australian community.

Albert’s important work has been acknowledged industry-wide with a number of prestigious awards, prizes and commissions. He is strongly represented in major national collections including the National Gallery of Australia; the Australian War Memorial, Canberra; the Art Gallery of New South Wales; the Art Gallery of Western Australia and Brisbane’s Gallery of Modern Art—Queensland Art Gallery.

Jupiter Mosman
Jupiter Mosman was an Australian Aboriginal stockman and prospector. He belonged to the party that discovered the first gold at Charters Towers, Queensland in December 1871. Jupiter is credited with making the actual find. At the time he was about seven or eight years of age: ‘I had been out and found a nice piece of stone and went back to inform Hugh Mosman and he brought a pick and we dug it out, and I can assure you that is what started the mine called the North Australian.’ Jupiter was born in Western Queensland in about 1861 from where he was acquired by Hugh Mosman to work as a horse boy. His family and his tribal background are not known let alone how he came to be ‘acquired’.

‘The boy’s eyes were large, luminous, and as lipid as a planet and so he was dubbed Jupiter. As he then belonged to Hugh Mosman, that surname followed.’

Jupiter grew up at ease at Charters Towers where he continued in service to the Mosman family. He was noted for his sporting abilities that included cricket, football and running. Jupiter went on to work on pastoral stations around Charters Towers. He took special pride in being part of a droving trip to Victoria that took six months and five days to complete over the summer of 1889-1890 that never lost a hoof. Jupiter also worked as a prospector. In 1904 Jupiter discovered wolfram at Kangaroo Hills and at Stockyard Creek in the following year.

In 1917 Jupiter’s application to become exempt from The Protection and Restriction of the Sale of Opium Act 1897 was not successful even though he was described by the authorities as ‘an intelligent old man who has been with white people all his life.’ Jupiter gradually received support from long time acquaintances and supporters to receive acknowledgement for his primary role in the gold discovery at Charters Towers. After becoming quite ill in 1928 and then becoming more frail, friends rallied to support his entry to Eventide Home at Charters Towers in 1936. When Jupiter died there on 5 December 1945 the establishment view was that his residence at Eventide had been “privileged by the government because of his historic association with the Towers”. Jupiter never married. Charters Towers rallied to raise a monument to honour Jupiter and his role in discovering the gold in 1871. The Williams Memorial was unveiled in 1953 followed by the Centenary Memorial in 1972 and the Boomerang Memorial in 1997.

Jupiter Mosman received state wide recognition for his luck and good fortune when Jupiters Casinos in Townsville and the Gold Coast were named in his honour in 1993.

A descendant of the Ngugi people of Mulgumpin (Moreton Island) in the Quandamooka, Libby Harward creates artworks that break through the colonial overlay to connect with the cultural landscape, which always was, and remains to be there. Her political practice, in a range of genres, continues this decolonising process. Libby describes her practise as a process of simultaneously listening, calling out to, knowing and understanding Country.

Her arts practice spans over 20 years, initially as a community, street and graffiti artist. During the past 5 years her focus has been on developing a conceptual arts practice, resulting in regular invitations to exhibit works nationally.

These works engage a continual process of re-calling – re-hearing – re-mapping – re-contextualising – to de-colonise cultural landscapes, utilising low and high-tech media with elements of sound, image, installation and performance, to engage directly with politically charged ideas of national and international significance.

Other Programs of Interest 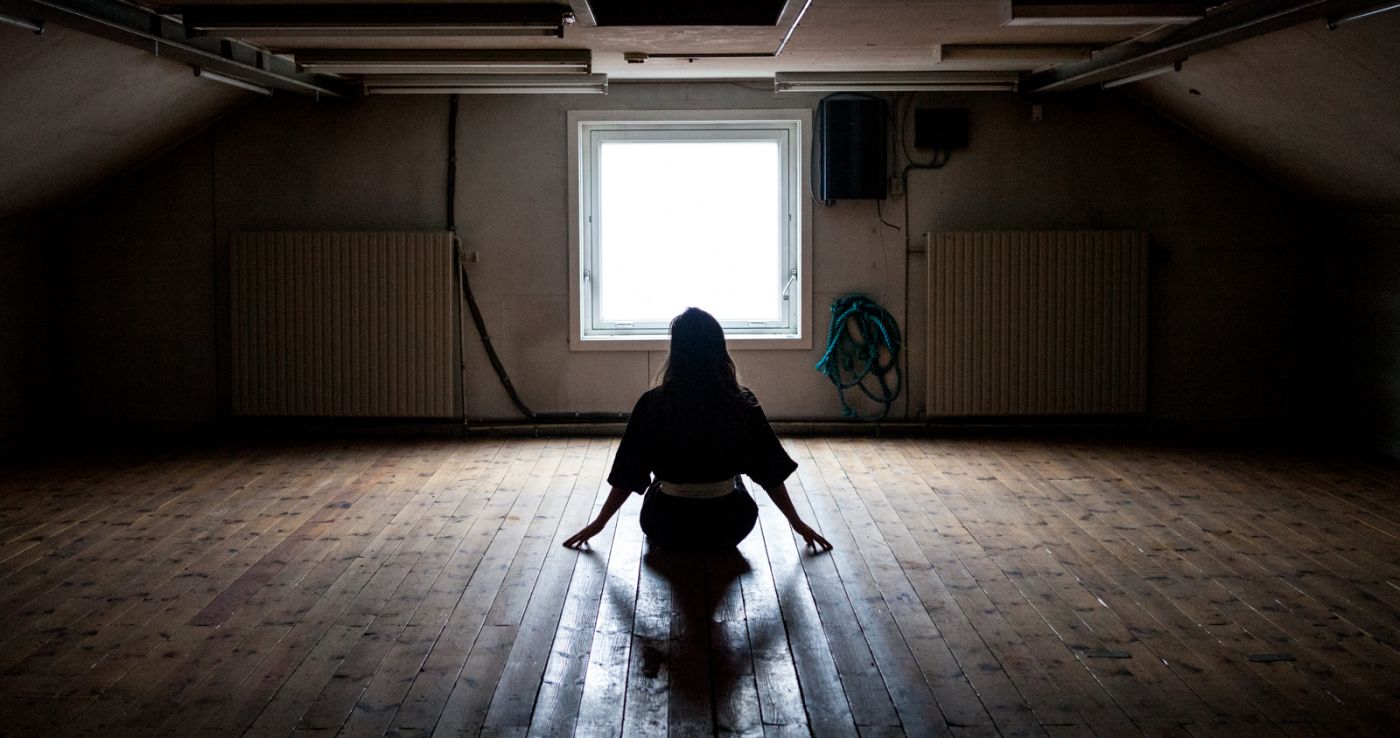 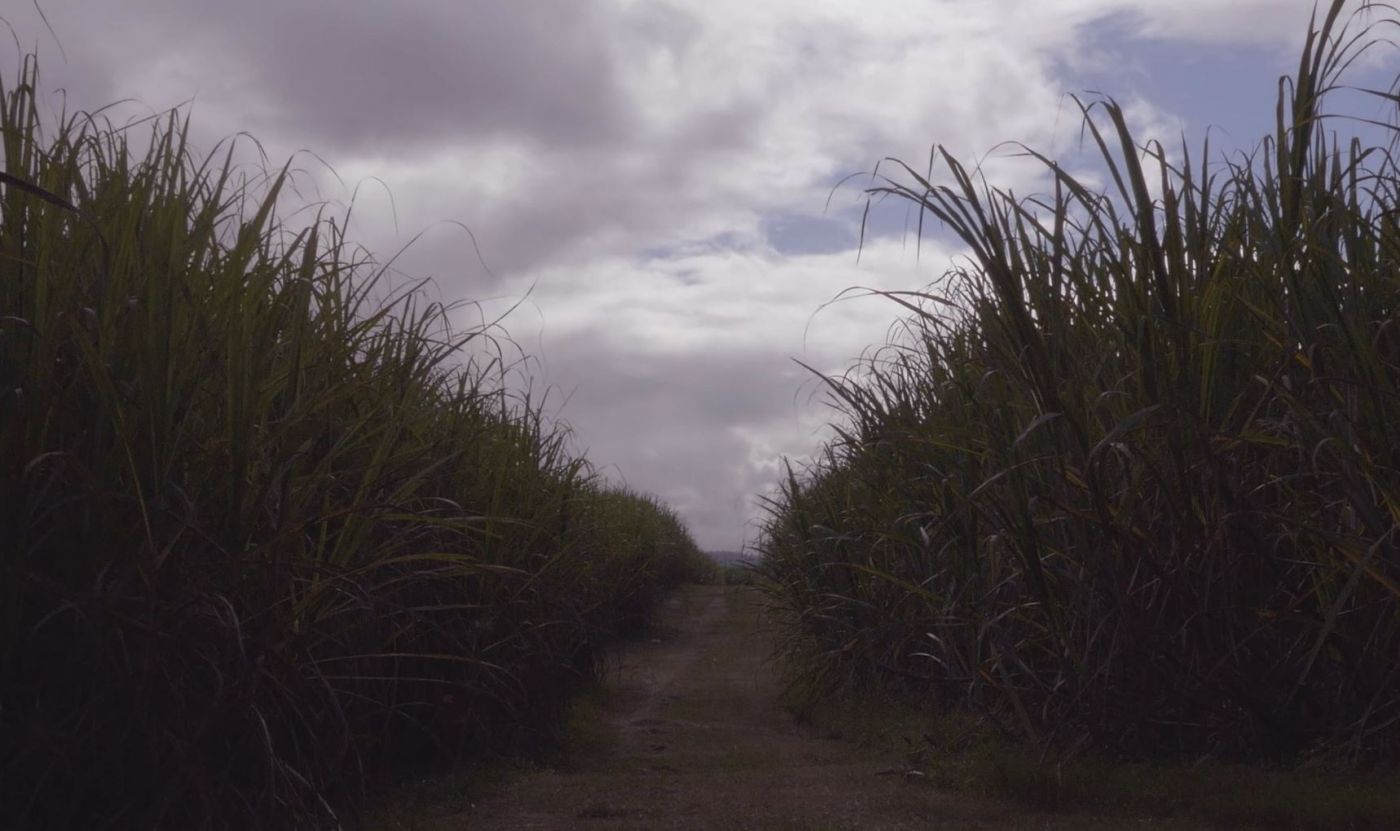 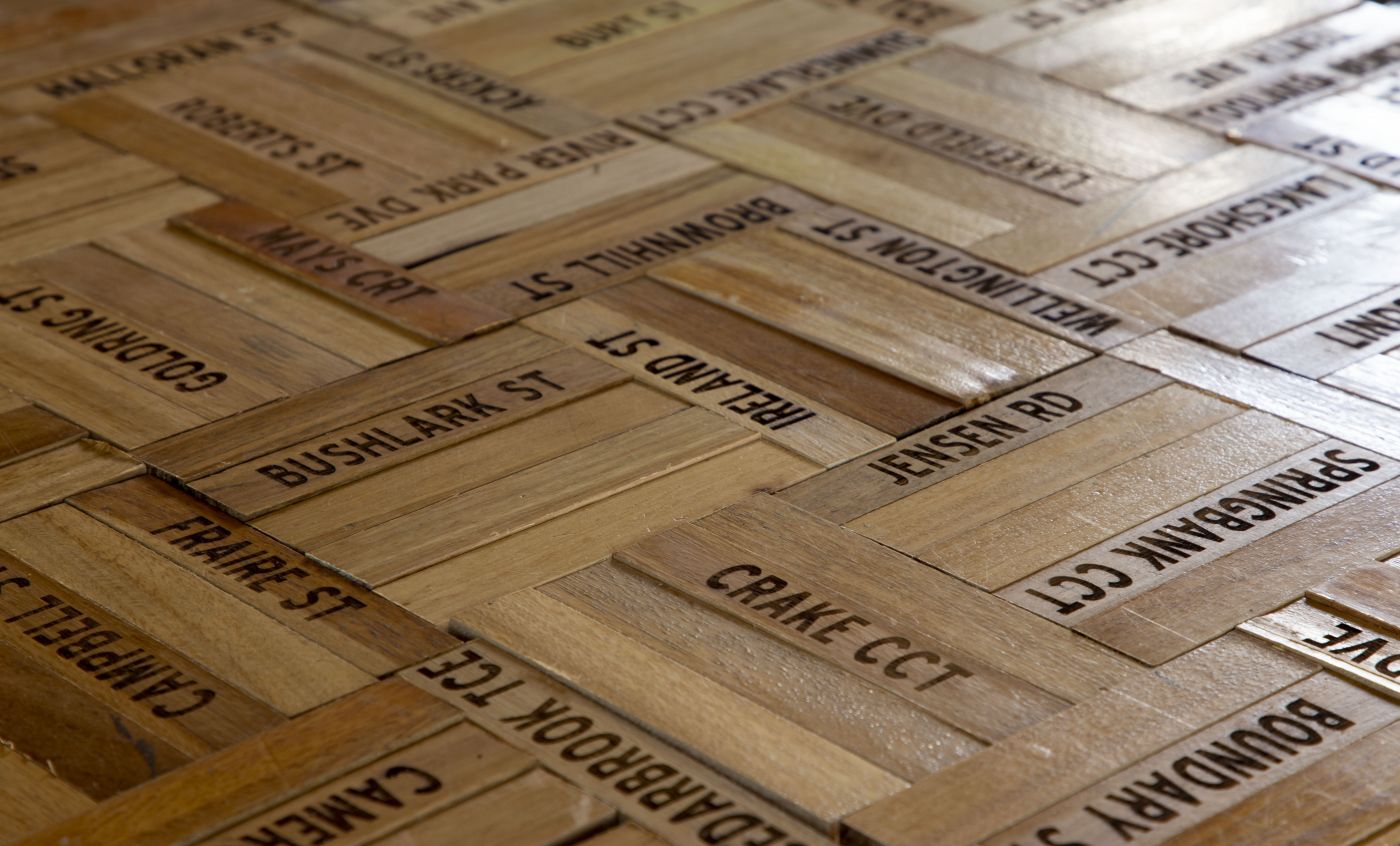 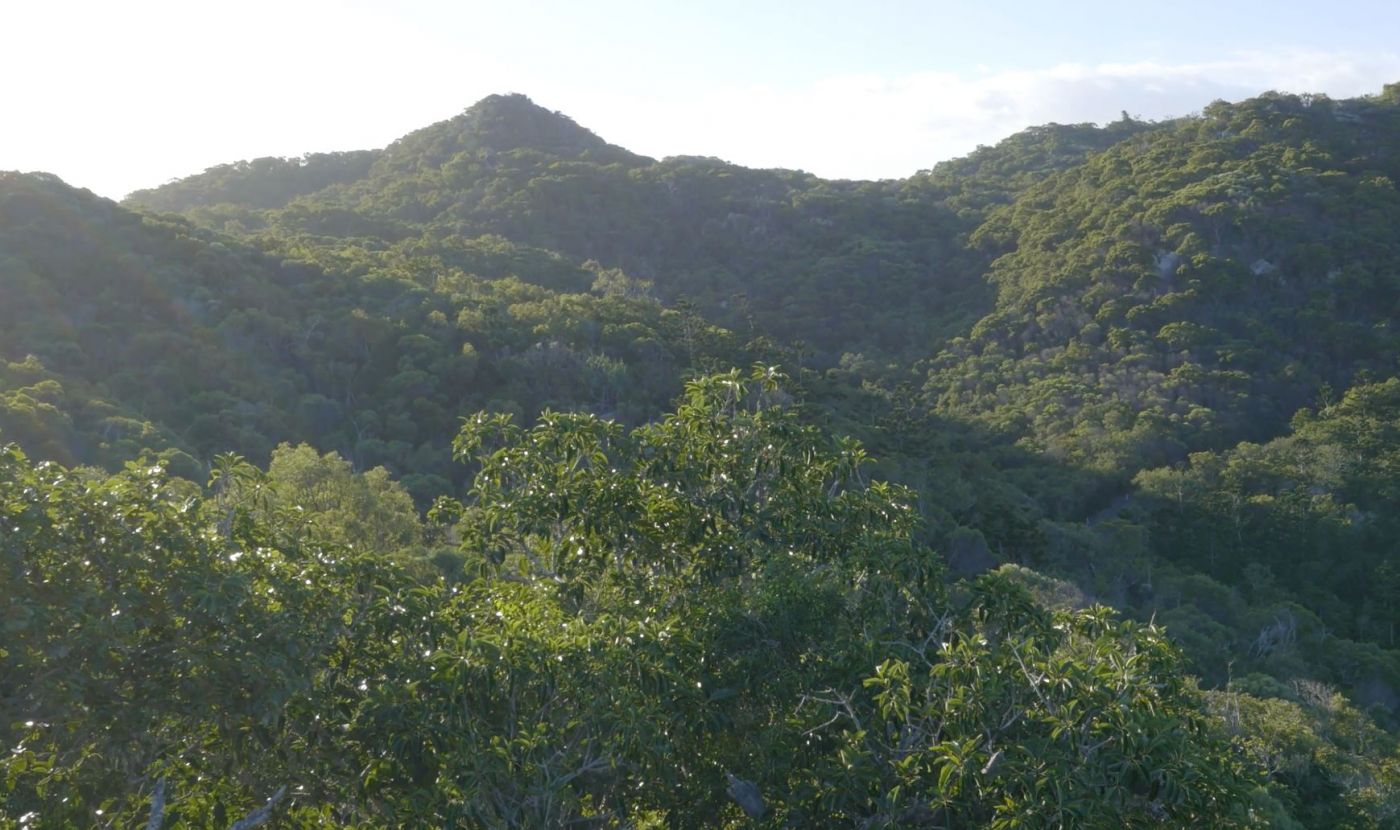 PUNQ asks that visitors adhere to social distancing, visitor logs, and other COVID Safe directives and procedures as directed.

PUNQ respectfully acknowledges the Wulgurukaba of Gurambilbarra and Yunbenun and the surrounding groups of our region; Bindal, Gugu Badhan, Nywaigi, Warrgamay, Bandjin and Gudjal as the Traditional Custodians of the land on which we gather, share and celebrate local creative practice. We pay our respects to Elders past, present and emerging. We acknowledge Aboriginal and Torres Strait Islanders as the first people of Australia. They have never ceded sovereignty and remain strong in their enduring connection to land and Culture.

Stay Up To Date

Get the PUNQ Program in your inbox

VIEW THE 2021 PROGRAM BELOW

VIEW THE 2021 PROGRAM BELOW